You want learn foreign language but you confuse how to learn.So your problem is solved by this app.

Learning a new language takes a lot of time and practice, and usually a lot of money, too. But one service, Duolingo , has proved that great language-learning material doesn’t have to cost a dime. The Duolingo website has been one of my favorite places to brush up on foreign words and phrases, and the iPhone app, which has offline content so you can keep learning no matter where you go, is equally stellar. Welcome to the circle, Android users: the small company behind this great language program has finally launched a Duolingo app for your mobile devices, too.

Duolingo started its private beta on November 30, 2011 and accumulated a waiting list of more than 300,000 users.Duolingo launched for the general public on 19 June 2012 and as of January 2014 has 25 million users, out of which about 12.5 million are active.In 2013, Apple chose Duolingo as its iPhone App of the Year, the first time this honor was awarded to an educational application.

Duolingo is a free language-learning and crowdsourced text translation platform. The service is designed so that, as users progress through the lessons, they simultaneously help to translate websites and other documents. As of December 2013,  It is available on the Web, iOS and Android platforms.


You also learn all of these stuff on Duolingo Website.

Duolingo offers extensive written lessons and dictation, but it features less speaking practice. It has a gamified skill tree that users can progress through and a vocabulary section where learned words can be practiced.

Learn Spanish, French, German, Portuguese, Italian, and English. Totally fun and 100% free.
• Google Play’s “Best of the Best” 2013.
Duolingo is changing the way people learn languages.
• It’s free, for real. No fees, no ads, no gimmicks. A college-quality education without the price tag.
• It’s fun. Lose hearts for answering incorrectly, advance by completing bite-sized lessons, and track your progress with shiny achievements.
• It’s constantly improving. We bust out the lab coats regularly and measure how well you learn on Duolingo. Your learning experience only gets better over time. 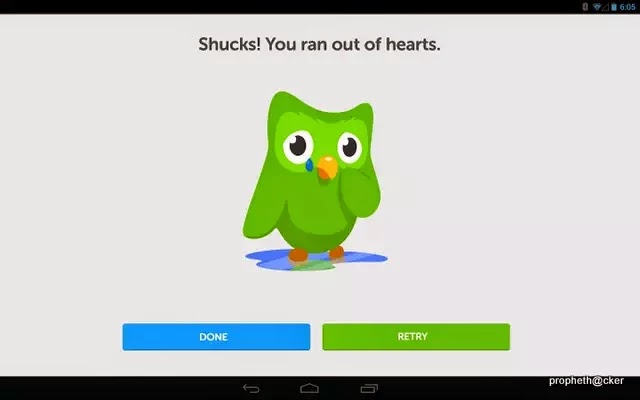 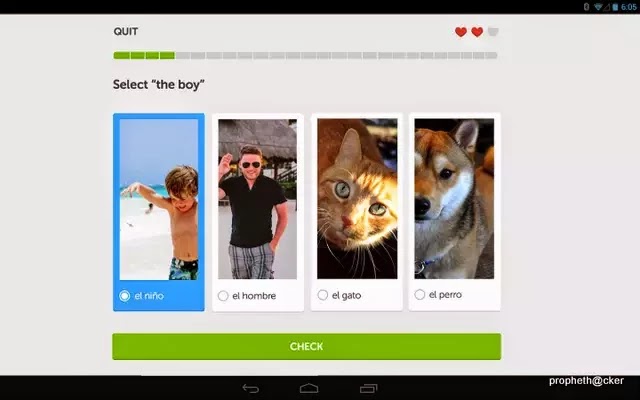 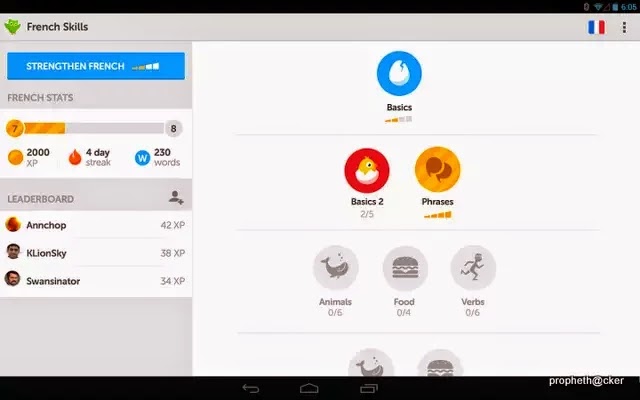 If you want to learn Spanish, French, German, Portuguese, Italian, or English, the fast, fun, and free way, there’s no better choice than Duolingo.