– epic campaign in a ruined city,
– become a hero in the middle of an alien invasion,
– beautiful environment of ruined city to die in,
– crazy aliens to kill,
– millions of aliens with mixed feelings towards you,
– tons of bullets which want to hug your enemies,
– defend your trenches and progress through the city,
– experience dramatic storyline twists

“Weapons lovers will be happy to see a large arsenal of different guns and explosives to use in missions.
Frontline is Third Person Shooter Game for Android.This game has many type of weapons ,such as drones, grenades and RPGs.This game graphics engine for android is impressive.So the gameplay of Frontline in Android mobile ya tablet is awesome.
High-end, immersive tablet gameplay!

YOUR SQUAD. YOUR WAR. 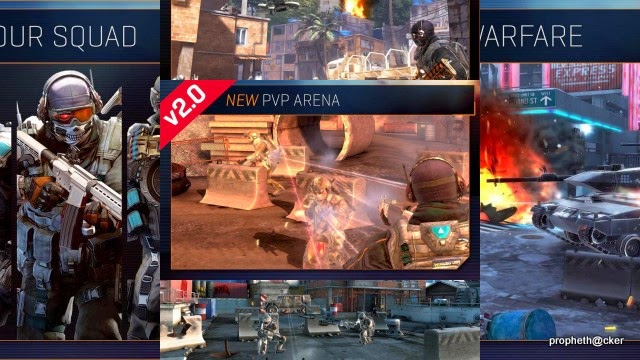 This is the boss of all action based android games for android.This game main feature is his high-end graphics and story ,multilayer and First Person Shooter Game.
The #1 Action FPS game is back on smartphone with a new chapter to push the boundaries of mobile gaming even further. In the wake of nuclear warfare, the only chance to avoid global devastation is in the hands of the few elite soldiers who must track down and rescue the world’s leaders from a frighteningly familiar terrorist group.
DIVE INTO THE MOST MEMORABLE ACTION SHOOTER EVER
☢ Feel the story’s dramatic intensity and see both sides of the story by also playing the villain, Edward Page.
☢ Dominate the battlefield with a new tactical movement system!
☢ Wage war and take action all over the world, from Antarctica to Barcelona!
EXPERIENCE THE ULTIMATE ACTION FPS WITH CONSOLE-QUALITY GRAPHICS AND SOUND
☢ Feel the chaos of war on the battlefield with console-like graphics, lifelike animations and dynamic objects.
☢ The first Gameloft title powered by the Havok Engine for amazing ragdoll effects. Warfare never felt so realistic!
☢ Improved sound & voice acting performed by a renowned studio in the movie industry.
ENJOY A FULLY REDESIGNED MULTIPLAYER GAME MODE
☢ Forge your own gameplay profile online with an improved loadout system & over 20,000 weapon arrangements!
☢ A new specialization system with redesigned skills.

☢ Lead your character to the top of the online leaderboards with a new ranking system! 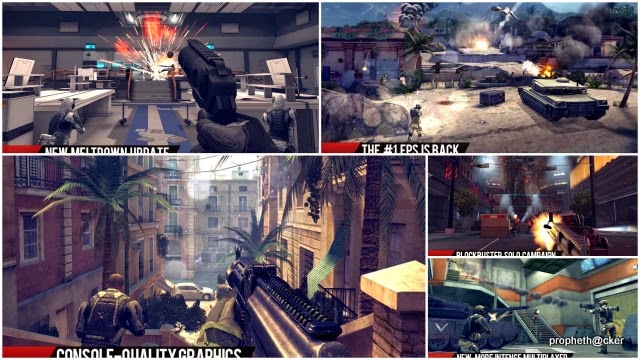 Fight for mankind’s survival in the greatest space shooter on mobile devices!
** Note that N.O.V.A. 3 – Near Orbit Vanguard Alliance needs 2GB of free memory to install **
This game has a scientic story .This is action mission based game for android.

• An epic storyline: Humanity finally returns to Earth after years of exile! Fight in 10 immersive levels across the galaxy, from a war-torn Earth to a frozen Volterite city.
• Multiple weapons and powers: Run, shoot, drive vehicles, and pilot a mech to defeat hordes of enemies.
• Join 12-player battles in 6 multiplayer modes (Capture the Point, Free-for-All, Capture the Flag, etc.) on 6 different maps.
• For the first time, multiple allies can jump inside the same vehicle and spread destruction on the battlefield.
• Discover the new FPS benchmark for graphics and gameplay (real-time shadow & lights, particle system, ragdoll physics, etc.) 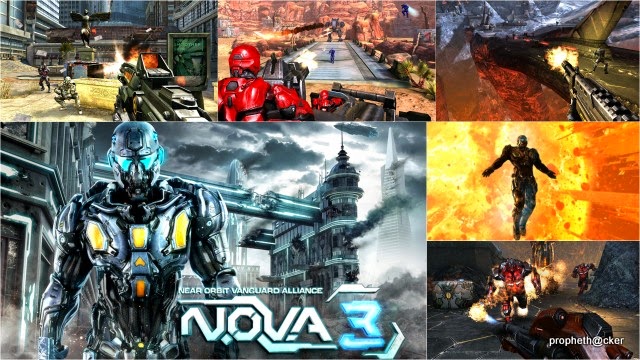 This is multiplayer game for android.You ready for multiplayer action? Axis or Allies, victory or defeat, mayo or mustard… All will be decided in the ultimate FPS showdown, Blitz Brigade!
Become one of five highly skilled and totally badass classes and team up with other players to pound your enemies into the dirt and call them mean names.
Finally, a true class-based multiplayer FPS game comes to Android!

GIVE AN ONLINE BEATDOWN!

✓Up to 12 players can battle online in multiplayer games
✓5 classes: Soldier, Gunner, Medic, Sniper, Stealth
✓Control the battlefield in Domination mode
✓Frag everyone from the opposing army in Deathmatch games
✓Use 3 different vehicles for a tactical advantage in battle
✓Fight with over 100 weapons, each made for a specific class
✓Unique taunts and kill phrases for each character in the game
✓Voice Chat to create your game plan in the heat of the action
HONE YOUR KILLER SKILLS IN TRAINING MISSIONS
✓Complete 120 unique action-packed missions
✓Learn to master each class’s specialized battle skills
✓Pilot a Helicopter and rain death from above
✓Hop into a Tank to steamroll the enemy army
★★★★★War games just got a whole lot crazier! ★★★★★
For fans of free online action games, class-based multiplayer shooters, first-person shooters, army/war games, or anyone who enjoys a good online fight.

Enter the battlefield, get ready for the war, and enjoy hours of fun! 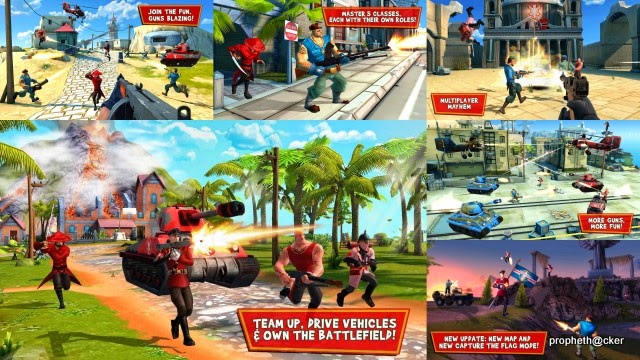