Home
Android
Games
Sky Force 2014 best Plane Shooter Game for Android
Prev Article Next Article
Sky Force is one of the best game for android mobile.Sky force has stunning garphics and 3d design.This game is like a future game because there is many new things in this game. 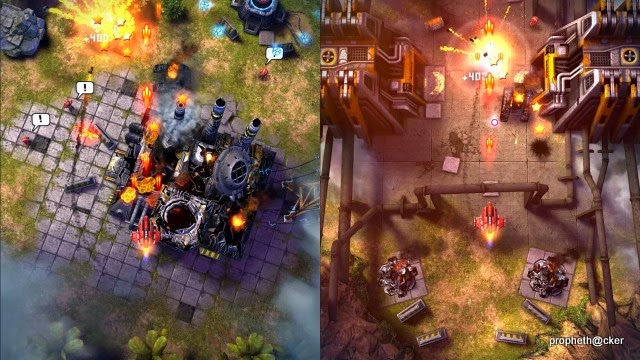 The original Sky Force came out on mobile devices in 2004. It was a great looking mobile game for its day, and fantastic shooter to boot. Now, a decade later, Sky Force 2014 is looking to do the same again with the benefit of modern tech.

Sky Force 2014 retains the tight shmup combat and  vertically scrolling levels of the original. As before, you must attack approaching targets, while trying to avoid the halestorm of bullets the game throws at you.

A responsive one-to-one control system has your craft hovering just above whichever finger you are using to steer the ship. This allows you to clearly see the action in front of your ship, giving you a better chance of spotting and avoiding oncoming fire.

Weekly tournaments take place on unique new levels as you battle it out against legions of other Sky Force 2014 players, offering great rewards not only for winning, but for rescuing other pilots who’ve already been taken down!
The hottest shooter is no push over, but the invigorating gameplay and vast library of achievements will keep both casual players and hardcore gamers hooked as you upgrade your ship and take it a little deeper into the incredible battlefield time after time.

Get ready for the fight of your life in Sky Force 2014.