Home
Android
Android Forensics
Downloads
Top 5 Best Android Apps
Top 3 Apps for Edit Development Code in Android
Prev Article Next Article
If you are developer,web codist or any type of code you writing on PC, but everytime you have no PC ,Now what you do.Can you leave your notebook computer at home and still code on the road? Absolutely. 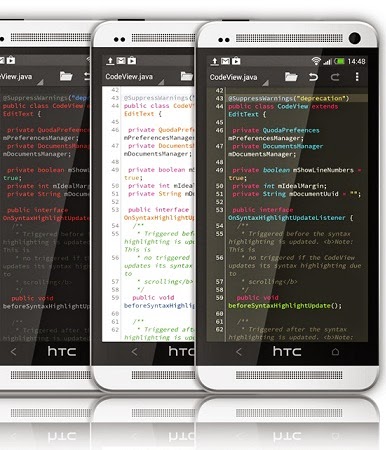 Can developers write code on an Android Mobile, as an alternative to using their desktop or notebook?  Sure they can – as long as they are equipped with a programmer’s editor that lets them work with HTML or with their favorite programming language.

Working from an Android tablet or phone doesn’t always offer the comfort of working from a desktop or notebook computer, but you can’t beat the convenience. When you need to view or edit code on the go, an Android code editor comes in handy. Grab your handheld tablet computer or even smartphone, and you can peek at error logs, fix an errant line of code, or look over the shoulder of other developers.
So there is list of free android code editor apps. 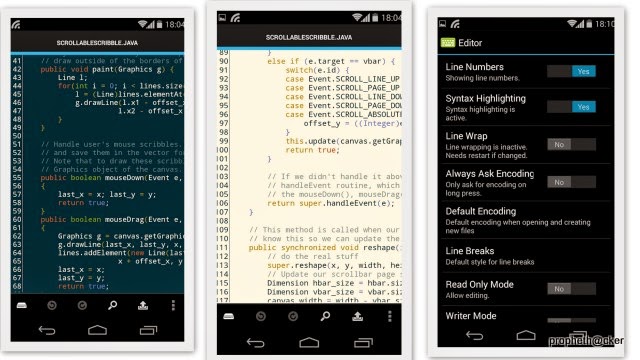 Codeanywhere is a fast and light code editor engineered for the developer on the go.
Codeanywhere is a text, code and markup editor, that has been redesigned and reengineered to be light, fast, and mobile-friendly. Connect to your FTP, SFTP Servers, Dropbox or Github account and easily manipulate your resources, folders or files just with the swipe of your finger.
Share and collaborate on projects or just a single file – from wherever you are, and of course quickly edit code with our keyboard that has been customised for developers on the go.
Codeanywhere makes developers forget what device they are working on and let them concentrate on getting work done – be it from the iPad, iPhone, or the desktop. 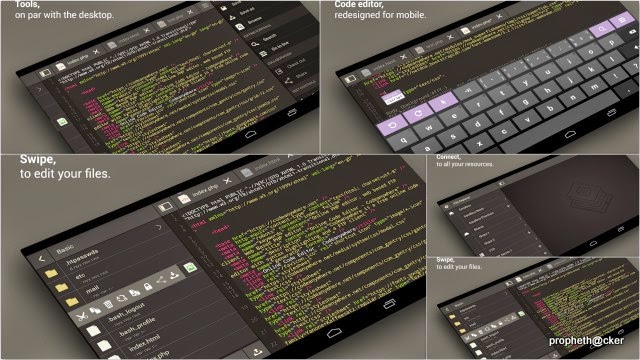 Quoda is the powerful text and source code editor for Android, allowing you to code and upload, on the go.
Quoda provides a large set of features to make text and source code editing on your smartphone and tablet both easier and more productive, so you can edit code and text, like you have an IDE in your pocket. With remote connections to SFTP/FTP(S) servers, Google Drive, Dropbox, and Google Apps Script projects, it is the ideal tool for editing source code when away from your computer.

Support All type of Languages 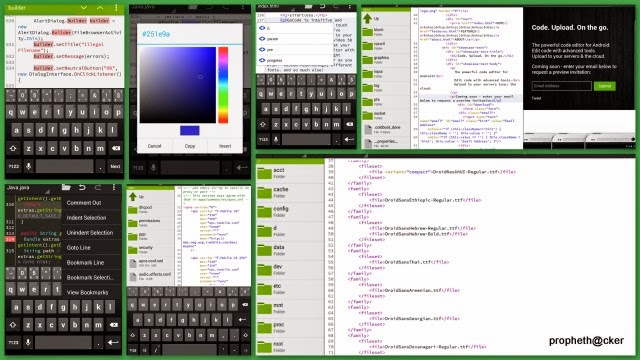