The sequel to the famous Facebook smash hit with 40 million users
Shadow Fight 2 is a nail-biting mix of RPG and classical Fighting. This game lets you equip your character with countless lethal weapons and rare armor sets, and features dozens of lifelike-animated Martial Arts techniques! Crush your enemies, humiliate demon bosses, and be the one to close the Gate of Shadows. Do you have what it takes to kick, punch, jump, and slash your way to victory? There’s only one way to find out.
– Plunge into epic combat sequences, rendered in astonishingly lifelike detail by an
all-new animation system.
– Devastate your enemies with delightfully intuitive controls, thanks to an all-new
fighting interface designed especially for touchscreens.
– Journey through six different worlds full of menacing demons in this action-
packed, adrenaline-fueled combat RPG with an immersive, intriguing storyline.
– Customize your fighter with epic swords, nunchacku, armor suits, magical powers,
and more. 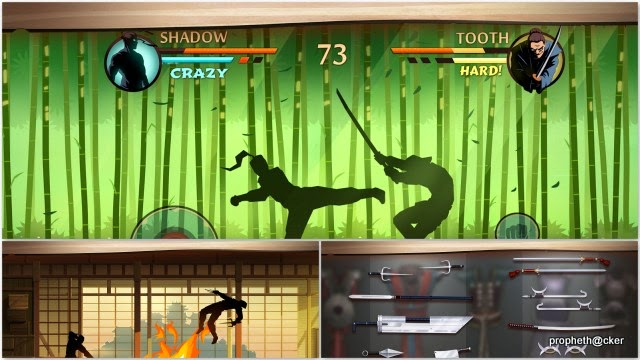 Prove your worth as Gotham’s Dark Knight, facing off against a slew of deadly assassins and their thugs in the new mobile game, Batman Arkham Origins. Fight your way through Gotham City’s most dangerous locales in this free to play brawler from NetherRealm Studios.
Earn in-game currency and rewards to upgrade your Batman and become the most punishing crime fighter in the world, unlocking tons of unique Batsuits along the way. Connect the mobile game to the console version of Batman: Arkham Origins and unlock even more exclusive content that you can’t get anywhere else.
Special Features:
Batsuit skins exclusive to the mobile game, including JSA Liberty Files Batman, and Batman Beyond.
Cross-platform unlocks between mobile and console versions of the game.
Scour the city and find Cowls, Belts, Batarangs, Capes and Armor! Collect them all to unlock and upgrade Batsuits. 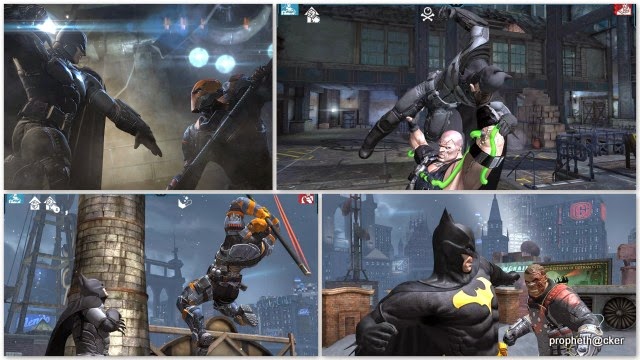 Gameloft’s Modern Combat 5: Blackout is officially available to download from Google Play. Modern Combat Blackout is a first person shooter game for android mobile.This game has much more upgrades than before series.
In the game’s single player campaign, you’ll blast your way through hordes of bad guys using an arsenal of high-powered assault rifles that would make the cast of the Expendables jealous. If you’re still on the fence, here’s a look at what you can expect.
Step into the action as the latest installment in the best FPS series raises the bar for shooter games once more! Create a squad, add your friends and test your individua 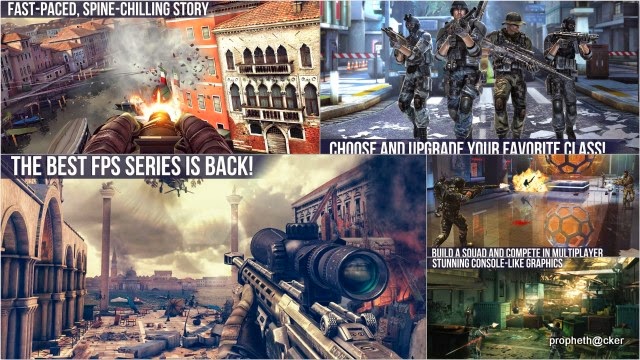 l and team skills against other squads in dynamic multiplayer warfare.

Injustice: Gods Among Us

Build an epic roster of DC heroes and villains and get ready for battle! INJUSTICE: GODS AMONG US is a free-to-play collectible card game where you build a roster of characters, moves, powers, and gear and enter the arena in touch-based 3-on-3 action combat.

FIGHT
Use the touch screen mechanics of your mobile device to battle your enemies in 3-on-3 combat. Swipe and tap to perform combos and build your power to pull off special attacks and super moves taken straight from the console version of the game.
LEVEL UP
Build your move set, increase your powers, upgrade your characters and gear, and beat your competition. Constantly evolve your roster to fit your style of play and put your best team forward as you take on a series of combatants. 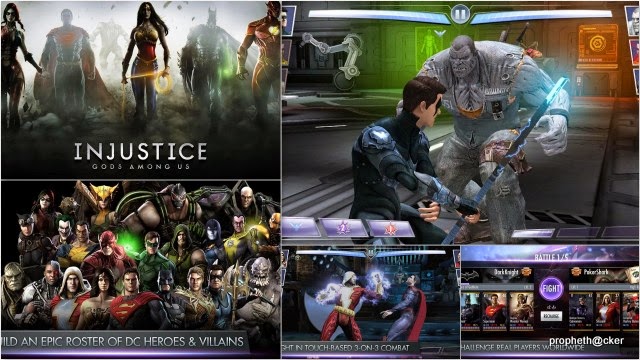 Real Racing 3 is an award-winning franchise that sets a new standard for mobile racing games – it really must be experienced to be believed.
Real Racing 3 features a continuously expanding roster of officially licensed tracks, a 22-car grid, and over 70 meticulously detailed cars from makers like Ferrari, Porsche, Lamborghini, Mercedes-Benz, Bugatti, and Audi. Plus social leaderboards, Time Trials, Ghost Challenges, and innovative Time Shifted Multiplayer™ (TSM) technology, allowing you to race anyone, anytime, anywhere.
REAL CARS
Drive Real Racing’s largest roster of cars yet – don’t miss our new manufacturers like Ferrari, Porsche, Lamborghini, Mercedes-Benz, Bugatti, and Audi. Take the wheel of over 70 intensely detailed vehicles and test your skills on an authentic 22-car race grid – the most epic racing experience on any handheld.
REAL TRACKS
Burn rubber on a full lineup of 12 real tracks in multiple configurations from top locations around the world, including the latest arrivals Circuit de Catalunya and Dubai Autodrome, plus Mazda Raceway Laguna Seca, Circuit de Spa-Francorchamps, Silverstone, Hockenheimring, and many more. 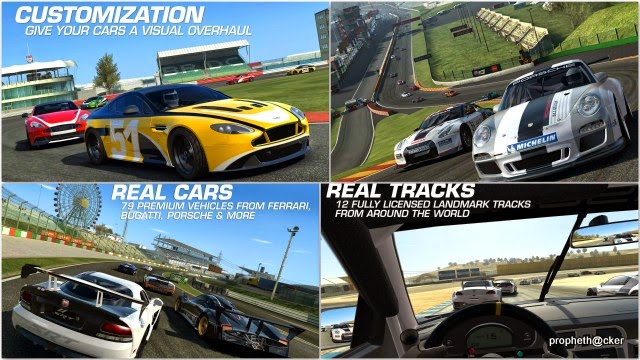 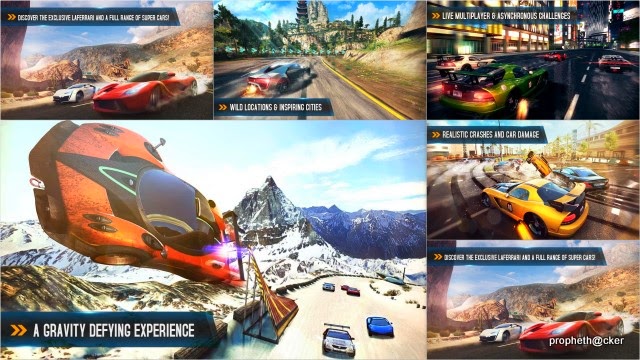