Home
Android
Apps
Downloads
Games
Internet
Twitch Android App/Website for Live Streaming of Gameplay Video
Prev Article Next Article
Twitch is a live video streaming website for Gameplay.In this site gamers can stream our gameplay to twitch users.You can find many popular and great live streaming video on this site. 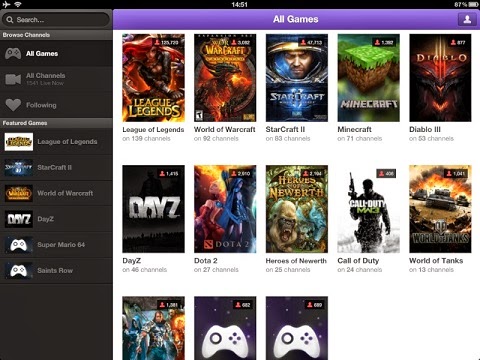 Twitch is the world’s leading video platform and community for gamers with more than 50 million visitors per month.They want to connect gamers around the world by allowing them to broadcast, watch, and chat from everywhere they play.

Twitch (or Twitch.tv) is a live streaming video platform focused on e-sports and video gaming.The website was launched in June 2011 by Justin.tv co-founders Justin Kan and Emmett Shear as a subsidiary of Justin.tv focused on gaming-related content.

Your Favorite Games
Broadcast all the games! There’s a universe of gaming video waiting to be discovered on Twitch. Whether you’re into retro favorites, strategic eSports titles, first-person shooters, or massively multiplayer pasta cooking dating simulators, if you love playing it, you’ll find it on Twitch.
The Best Players
Twitch is home to the most dedicated and highly skilled gamers on the planet. They shatter world records. They cruise through the newest titles. They make headlines with world-first accomplishments, and they make it all look easy. Discover why they’re the best at what they do on Twitch.
The Biggest Events
Twitch features the best gaming events, period. We have it all: large-scale gaming competitions that pack stadiums, community marathons that raise millions of dollars for charity, and video game industry events where the future of gaming is forged. And that’s just the beginning.
The Coolest Shows

Instantly watch your favorite games. It’s all live, all the time, and free.
With Twitch for Android, you can view live broadcasts of the games you love and chat with the players you follow. Whether you’re into League of Legends, Call of Duty, Minecraft or even Clash of Clans, we’ve got you covered.

Watch broadcasts of top games, players and events
Browse by game and channel name
Fully-featured chat, including a chat-only mode 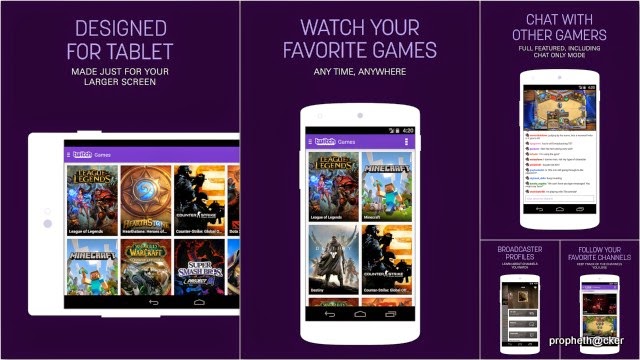