Home
Android
Android Forensics
Hacking Tricks
Check TCP/UDP port is blocked or not in Android Mobile
Prev Article Next Article
In school or collage wifi firewall many ports are blocked due to many reasons.But here we explain how can you know which port is blocked on wifi network.There is a app named firebind,this app tell you everything about blocked ports on wifi. 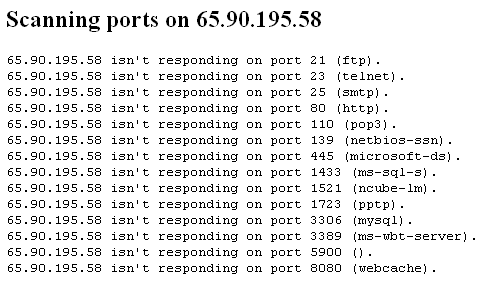 Based on Java technology, Firebind enables a user to test any TCP or UDP port(s) in the outbound direction to determine whether they are being blocked by a firewall. Internet users can encounter blocked ports on a regular basis, whether it’s their own client firewall (such as Windows Firewall), a home or enterprise router/firewall, or their ISP’s firewall doing the blocking.

By using a client/server architecture, the Firebind Server can listen on any of the 65535 TCP or UDP ports. The client then sends unique data to the chosen port that the server is listening on. The server then returns the data, and if it arrives back at the client unchanged, the port is not blocked. 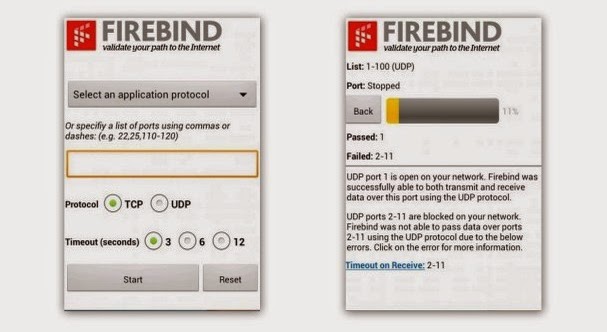 Firebind is useful for many types of end users, including:

– IT Administrators who would like to validate their outbound corporate firewall rules or who need a tool to help their mobile users validate Internet connectivity
– Home users trying to troubleshoot application connectivity to the Internet
– Traveling users on public wired broadband or WiFi who may be subject to very restrictive Internet access
Before Firebind, users could try to telnet to the port in question, but the results weren’t conclusive and that trick was only useful (if at all) for TCP. Tools like yougetsignal.com, canyouseeme.org, and grc.com are meant to test inbound connections (from Internet to client machine), usually to validate whether a user has set up their port forwarding rules in their firewall correctly. Other tools like NMAP are port scanners which are designed to probe for open ports on a target machine using a specific IP address. A port scanner is only useful to test a single IP address for vulnerabilities and doesn’t help a user determine whether their path to the Internet is being blocked.
Firebind is a “Path Scanner”. With Firebind, any Internet user can now test for firewall blocking that until now only networking experts could determine, if at all.