Many People searched on the internet How  to run two Whatsapp or Facebook Account in the same time on any android mobile phone.
Parallel Space is a unique app which allows you to sign in two different Facebook accounts simultaneously on a single Android device.

Parallel Space is a “container” app for Android devices, it creates a virtualized, isolated environment and allows other apps to running inside.

Features of this App

• Unique: Based on our unique container technology, Parallel Space is the only app in Google Play which allows you to run multiple accounts simultaneously
• Powerful yet tiny: As small as 2MB.
• Facebook: Connect different friends with second Facebook account
• Instagram: Share different photos with second Instagram account
• Games: Play two accounts at the same time and double up the fun!
• Parallel Space supports 99%+ apps in Google Play, explore it by yourself now!
• Have multiple social accounts online simultaneously on one device, like Facebook, Instagram, WhatsApp, VK and even more.
• Separate your work and personal apps and accounts.

How to Setup Parallel Space app in your Phone 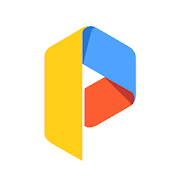 3. To add a new app in this app, tap on the plus icon (+)at the bottom of the app and you will see a list of all the apps installed on your phone. Now select any of the apps.(If you want to run two Facebook account select Facebook app or you can do this thing with any app)

Now your selected apps will be added to the parallel space and you will be able to configure as a newly installed app in your android phone. WhatsApp, Facebook, Messenger, Twitter and lots of off worked very well in this app. There is no limitation on the number of apps you can run in parallel space.

Add Two Accounts of Game in your Android Phone

FAQ – XDA Link
1. How many apps does Parallel Space support?
Most apps in Play Store should work within Parallel Space.
Some system apps may not work since they require permissions not available to Parallel Space.

3. Does it modify or repack app?
No, what we did is created something like QEMU user mode, which is a virtualized environment. Apps running inside are completely untouched.