You don’t need high end PC for editing Videos like a Professional. Here we make a list of  top 15 video editor apps for android mobile. You can edit your video in android with the help of these apps like a  boss.

Adobe Premiere Clip is kind of the big name when it comes to video editor apps. It has a laundry list of features, including the ability to auto-generate videos using your images and video if you don’t want to do it yourself. If that’s not your thing, you can edit your video manually using a variety of tools, effects, and music. The app boasts that you can use your own music but some users have found this process to be difficult. It does sync and work with Adobe Premiere Pro so you can start a project on one and continue on the next one. It’s worth a shot, especially if you use Adobe Premiere Pro on PC or Mac.

Funimate is the most fun video editor and music video maker used by millions of people. With Funimate, you can instantly transform an everyday moment into a creative video with awesome visual effects. With its patent-pending technology, you can create cool videos with never before seen real-time effects.

Funimate boasts more than 15 video effects. Let your creativity go wild, there is an effect for every occasion. You will be amazed how creative and fun the results are.

Movie Maker Filmmaker is a classically designed video editor that lets you actually edit video. You’ll be able to trim, crop, and reorder video content as well as set focal points. The app also boasts a variety of video effects and you can design your own custom filters, although that functionality isn’t amazingly powerful. The app has struggled with some bug issues since it’s major redesign, but it’s still one of the better video editing apps out there. It’s also completely free. 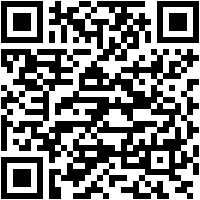 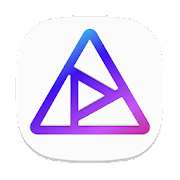 PowerDirector is the best video editor app, with powerful timeline video editing, heaps of cool free video effects, a photo video editor, slow motion and much more – including voice over to produce summer videos to share on YouTube or even Vine!

Edit footage from your GoPro or smartphone just like iMovie, Magisto or Final Cut. This free video editor app brings the power of a Full HD movie maker to your phone, with video effects, transitions, and voice over video capability. Rotate, split or trim video in seconds. Make a movie with Full HD picture using simple video FX, transitions, and your own voiceover or audio soundtrack.

Quik is from a newer generation of video editor apps and it’s actually pretty good if you need something simple. The way it works is you add up to 50 photos and video clips and the app will analyze each thing and spit out a short video based on them. Quik contains about two dozen video styles and you can re-order and customize your video before you export it. It’s not nearly as powerful as something like Adobe Premiere Clip or PowerDirector, but not everyone needs something that intense. You can pick it up for free if you’re interested. VivaVideo is a good “middle of the road” video editor app that gets the job done for most people. The app uses a storyboard style of editing where you load clips, edit and trim them as needed, and then move on to the next segment. It includes over 200 video filters and various other effects, text input, and fast and slow motion support. VivaVideo has a free version that comes with a watermark and a time limit for any given video. You can remove these restrictions by buying the pro version.

Usually apps with non-imaginative names like Video Editor aren’t worth your time. This time, however, it definitely is. It’s a simple video editor that lets you do the basic stuff like trim video, organize your clips, and add music. You’ll also find some additional features like the ability to add emoji and text to videos and a variety of video effects to make things a little more fun. It’s great for stuff like Vine or Instagram, but it’s not powerful enough for bigger productions. At the very least, this one is completely free to use.

Videoshop is another one of those video editor apps where it’s really good if you need something simple. It has a ton of features including the most basic stuff like trimming, basic editing, and adding music. Along with that, the app also includes transition animations, the ability to record voice overs, stop motion support, sound effects and some fun little things like the ability to play a video in reverse. You can download and use the app for free and there’s an additional $0.99 purchase that you can make. 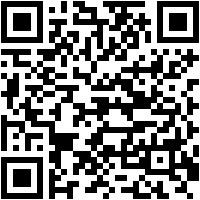 VideoShow is actually one of the more powerful video editor apps out there. It’s not quite on par with something like PowerDirector or Premiere Clip, but the list of features is long. On top of the basic stuff, you’ll be able to add a variety of effects to your video. These include stickers, text (including font), themes, and other effects that you can pick and choose. You can also draw on the video if you want to or record a voiceover if needed. The controls can be a bit finicky and there are some bugs and issues that need worked out, but it is worth a shot.

VQuick is last on our list of video editor apps and it’s also one the newest. It was built specifically for pcom.wondershare.filmoragoeople who do things like vlog, do journalism, and similar, socially minded video content creators. It has some basic editing features but nothing overly special and there is a built-in social network where you can view videos made by other people. There is also a self-destruct mode included so you can show a video to someone and then have it deleted after it’s been viewed. It’s unique and it’s completely free. However, please note that not a lot of people have used it and there are likely bugs that still need worked out! 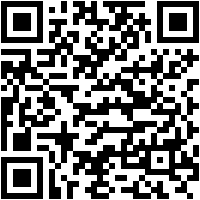 If you want a pro tool for your videos and media files shot by your Android, then the FilmoraGo Video editor is the best. It can also create slideshow of your media files such as images, pictures and soundtracks. The tool is featured with easy interface to use. And there are lots of extra magical features in the app like video trimming, rotating, cool video effects like filters, overlays, animated text and title effects, sharing to mainstream social media communities etc. you would have no problem while using just simply add media files and left it as to give you the output.

Magisto is a video editing tool that basically converts your home videos into movies like magic. All you have to do is to choose two or more video clips, select a soundtrack you want to add and press the processing button…. And wait a few minutes for the program to do its magic. Magisto analyzes your chosen sections and makes the cleverly splices, creating a very professional film. 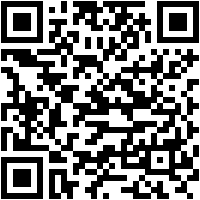 FxGuru: Movie FX Director is a very simple video editor that lets you create realistic and atmospheric effects, applying them to the real video using augmented reality. Car, bombs, aliens, missiles, rain falling – all popular models of Hollywood presented in their entirety. Thanks to the exclusive technology MotionMatch with which you get very realistic results when considering the small movements you make with the camera while recording. 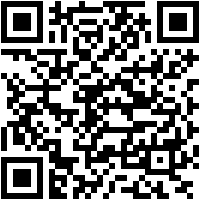 For professionals and amateurs alike, KineMaster offers an unprecedented level of control over the mobile editing process, and for artists and educators, handwriting layers allow you to draw directly on the video (also handy for storyboarding!). Our users include mobile journalists, YouTube creators, short film producers, educators and other professionals from various industries around the world.

VivaVideo is one of the best video editor, photo slideshow maker & movie editing apps in Android market. It has over 200 million users all over the world so far and has been featured in Google Play many times, ranked as No.1 free video editor & movie maker app in 100+ countries. With VivaVideo, you can easily create your video stories and share with your friends & family, transforming everyday moments into works of art as you want and let the world discover them!