Google has introduced a new payment app in India called Tez (the Hindi word for “fast”). Tez features a technology called audio QR that allows users to transfer money using sounds to pair two devices. Called the “cash mode option,” phones negotiate a connection using audio to identify the payer and payee. (The sounds should be inaudible to human ears though because they’re sent using ultrasonic frequencies, according to the Financial Times.) The feature is therefore similar to cash transactions which don’t require the exchange of personal details like bank accounts and phone numbers. Cash Mode works with any phone with a mic and speaker and Tez app installed, and doesn’t require an NFC chip. Google’s Audio QR technology is similar to Chirp, which also sends data encoded in ultrasonic audio. 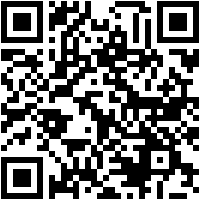 There are 300 million smartphone users in India, and phones with NFC are still relatively rare and expensive, with many users instead favoring entry-level and mid-tier devices. Tez is a step beyond Android Pay, because it allows users to link payment apps from Indian banks — it works with all of the country’s 55 banks on India’s Unified Payments Interface (UPI). UPI is a system that allows numerous bank accounts to be linked into one mobile app, and enables secure peer-to-peer payment.

Tez also facilitates bank-to-bank payments and is protected by Tez Shield, a data security platform from Google that detects fraud and protects user identity. Tez behaves like a chat app, using your contact list as a way to keep transaction history organized. People or businesses you’ve sent or received cash from grouped together “like a conversation,” Google says.

– Transfer directly to your bank account. Simply link your account to Tez over UPI and instantly transfer money from bank to bank.
– Know your money is secure. With Google’s multi layered security and 24/7 protection by Tez Shield, you can make payments and transfer amounts both big and small, with confidence.
– With Tez’s Cash Mode, you can instantly send or receive payments to anyone nearby without sharing personal details like your phone number or bank account.

The company says small businesses can also use the app to accept payments into their bank accounts, and it also accepts payments from mobile sites with “just a few taps.” Tez is available on both Android and iOS, and Google plans to release the app in other emerging countries including Vietnam, Indonesia, and Thailand.

Find out more at